Professor Raymond Tallis is the author of the forthcoming 'Of Time and Lamentation: Reflections on Transience" (Agenda Publishing May 2017). He is a medical doctor, neuroscientist, philosopher, poet and one of the UK's leading public intellectuals.

PD Dr. Dr. Norman Sieroka, Managing Director of the Turing Centre Zurich and educational developer for the “Critical Thinking” Initiative of the ETHz (CTETH). In 2004 he earned his doctorate in physics at the Institute for Theoretical Physics in Heidelberg. At the ETH Zurich, he earned a further doctorate as well as his habilitation, both in philosophy.

MA’s in Classics from Christ Church, Oxford and Linguistics from Birkbeck College London as well as an MPhil in Artificial Intelligence from Dundee University.

"Why are we here? Where do we come from? Traditionally, these are questions for philosophy, but philosophy is dead.”

"Scientists have become the bearers of the torch of discovery in our quest for knowledge.”

Exploring the mysteries of time, we shall question what it means to exist in time, and ask whether time is another dimension, like the three dimensions of space. According to Einstein, there is no such thing as absolute time. So what do we mean by the passage of time, the direction of time? Can time be recaptured, replayed, or is all time unredeemable? Is time travel possible? Our speakers will also discuss whether time as described by the theory of relativity squares with time as experienced by you and me. How exactly do we make sense of “now”, the past and future events, and the idea of eternity? How can we explain the relationship between objective and subjective time, time and causation, the irruption of subjectivity and intentionality into a material universe driven by universal laws? 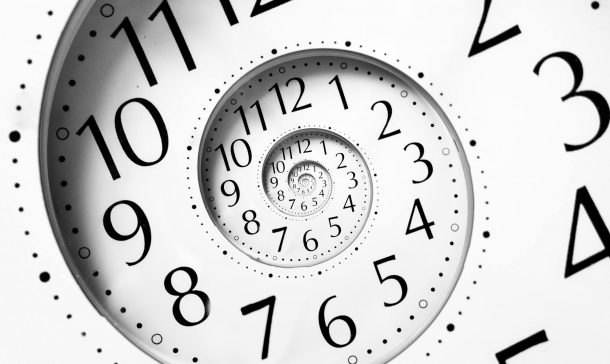 Raymond Tallis will give a 15-minute opening provocation drawing on his new book Of Time and Lamentation: Reflections on Transience, which seeks to reconcile scientific and humanistic views of humanity by putting human consciousness at the heart of time. Then Guido D’Amico and Norman Sieroka shall each give five-minute replies, before Angus Kennedy opens up the discussion and invites the audience to engage.