Fellow of the Academy of Medical Sciences, Tallis writes regularly for The Times and Philosophy Now. His research, in the fields of the neurology of old age and neurological rehabilitation, has appeared in Nature Medicine and Lancet.
He has also published works on the philosophy of mind, philosophical anthropology, literary theory and the nature of art. Tallis offers a critique of current predominant intellectual trends and an alternative understanding of human consciousness, the nature of language and of what it is to be a human being. In the Economist’s Intelligent Life Magazine (Autumn 2009) he was listed as one of the top living polymaths in the world.

Habermacher is one of Europe´s leading experts on ‘Neuroleadership’ (the title of his latest book), with almost 20 years experience in the field of corporate education, working with leaders of multinationals to change perspectives within organisations.
Habermacher’s fascination with neuroscience led to studies, research and writing, and he made his name in the application of neuroscience to leadership contexts. His recent work focuses on basic emotional needs in the brain and how these affect brain performance in business contexts.

Christen is manager of the research network "Ethics of Monitoring and Surveillance" at the University Zurich, and also works as a science journalist and research consultant. A former research associate at the Institute for Biomedical Ethics, University of Zürich, and visiting scholar in the Psychology Department at the University of Notre Dame, USA, his research covers empirical ethics, neuroethics, ethics and information technology, and methodological questions in neuroscience.

Author of Autopilot: The Art and Science of Doing Nothing, published by Or Books, Smart is a research scientist specializing in cognitive neuroscience. He has written for Harvard Business Review and Quartz. He formerly worked at Lund University in Sweden on using noise to improve memory and attention in children with ADHD, and as a research scientist at New York University, analyzing brain imaging data from experiments on the neural basis of language. His recent work includes developing sensor-based indices of cognitive effort among cancer and stroke survivors. His interests are consciousness, philosophy of mind, brain-computer interfaces, and idleness.

Kennedy is head of external relations for the Institute of Ideas and chair of its Economy Forum. He is a Member of the European Cultural Parliament, ECP. His forthcoming work is entitled Being Cultured: in defence of discrimination.

Limits and potential of neuroscience

The Zurich Salon on the “limits and potential of neuroscience” attracted an audience of more than 100 people on a Thursday night.

Angus Kennedy (standing) opened proceedings by outlining why it is that Enlightenment-style Salons are making a comeback. He said their objective was to encourage free-thinking and dissent, and to spark public conversations on the key issues facing society. He stressed that Salons foster an atmosphere of intellectual freedom, and the open-ended exploration of the ideas that are shaping policy and culture.

Does modern brain-scanning technology provide insights that correlate meaningfully with our emotions, intentions, and feelings? Does our ability to illuminate the mind within the brain spotlight our innermost thoughts and reveal the sources of our deepest desires?

Neuroscience has sparked the imagination of policy makers, marketeers, pollsters, communicators, artists and lawyers. They claim neuroscience explains everything from why consumers make certain choices to why people vote left or right. Some maintain it can fathom why some of us are prone to rebellion, and why we prefer one form of art over another. Increasingly, lawyers argue that clients shouldn’t be held responsible for committing heinous crimes because they were born with (or an accident caused) faulty neurological circuitry.

Are those calling for a radical neuro-transformation of criminal responsibility, education, public health and social policy too credulous about what some term ‘neuromania’? Or is scepticism about neuroscience driven by a myopic refusal to accept that we are less autonomous than we think?

The neurophilosopher Patricia Churchland in Me, Myself and My Brain argues that “I am who I am because my brain is what it is”. Psychotherapist Sue Gerhardt writes about Why Love Matters: How Affection Shapes a Baby’s Brain.

The psychiatrist Sally Satel counters that people like them have been Brainwashed by the seductive appeal of mindless neuroscience. Raymond Tallis says his groundbreaking science is being misused to undermine notions of free will and to promote crude determinism.

Has the explanatory power of neuroscience been overestimated? Or is it the key to reading our minds? 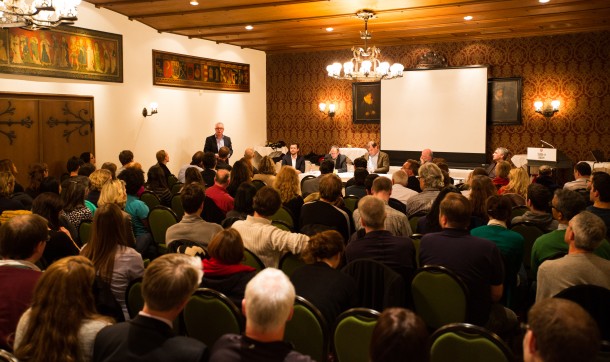