Adam was previously a senior member of the Islamist extremist organisation, al-Muhajiroun, and utilised universities himself as a key source for recruitment. Adam became disillusioned with his extremist beliefs and began a journey away from Islamist extremism. Adam now dedicates his work to countering extremism and the Islamist ideology he once subscribed to, which he believes tarnishes the beauty of the Islam. Adam’s past experiences add tremendous value to the Quilliam Foundation's outreach work. In 2012, Adam founded the Deen Institute, which teaches Muslims critical thinking skills and increases awareness of Islam’s rich intellectual heritage. He has spoken at over 40 university campuses across the UK and has debated with prominent academics on issues surrounding religious philosophy and theology.

Dr Prem Mahadevan is a senior researcher with the Global Security Team at the Center for Security Studies (CSS), Zurich. He specializes in the study of intelligence systems and sub-state conflict, and is responsible at the CSS for tracking geopolitical trends and jihadist terrorism in the Indo-Pacific region.

Mahadevan completed his undergraduate degree in War Studies from King’s College London, followed by postgraduate and doctoral degrees in Intelligence Studies. He has advised Indian government agencies on counter-terrorist operational management, provided political risk assessments to the private sector, and has been consulted by EUROPOL and NATO Headquarters on emerging security challenges. He has authored two books: The Politics of Counterterrorism in India, and An Eye for An Eye: Decoding Global Special Operations and Irregular Warfare, in which he examined the role of intelligence and commando raids in combating cross-border terrorism. He also has published extensively in edited volumes, peer-reviewed journals and CSS security analyses.

Frank Furedi is a sociologist and social commentator. Since the late 1990s, he has been widely cited about his views on why Western societies find it so difficult to engage with risk and uncertainty. He has published widely about controversies relating to issues such as health, parenting children, food and new technology. His book Invitation To Terror; Expanding the Empire of the Unknown (2007) explores the way in which the threat of terrorism has become amplified through the ascendancy of precautionary thinking. It develops the arguments contained in two previous books, Culture of Fear (2002) and Paranoid Parenting (2001). Both of these works investigate the interaction between risk consciousness and perceptions of fear, trust relations and social capital in contemporary society.

Founder and presenter of “The McKay Interview” broadcast on World Radio Switzerland three times weekly.
As an independent advisor and founder of McKay’s, a consulting firm, he has addressed on behalf of international corporate clients issues such as better regulation; the defence of freedom of choice, effective anti-contraband and anti-counterfeiting strategies, leveraging high-level networks in the Middle East, counselling senior executives on better management of the external environment and effective government relations, enhancing corporate reputation as well as managing communication problems that accompany change management strategies.

Mr. McKay has been a guest lecturer at the University of Geneva, the University of Fribourg, and the Judge Business School, University of Cambridge. He is also a regular speaker at NATO Advanced Research Workshops; and is a non-executive Director of MEC International Ltd., London. He is well-known in the Suisse romande as the charismatic, former Chairman of the British-Swiss Chamber of Commerce. He has lived in Switzerland since 1985 and is based near Geneva.

Why are so many Westerners joining terrorist groups?

What is driving so many young Westerners to commit or sympathize with appalling acts of terror in Paris, London, Madrid and the Middle East? 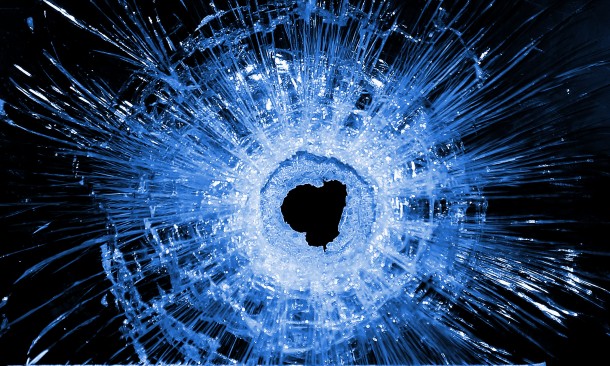 Is this caused by generational estrangement or poverty or new forms of criminal-gang behavior, or is it the result of the conflicts caused at home by foreign policy? If some young Europeans are rejecting Western values, what exactly do those values stand for today? In other words ‘Why do they hate us?’ and ‘who are we?’  To what extent is this a problem specific to young Muslims? Are radical preachers of hate the real problem: ‘grooming’ and ‘brainwashing’ young people on the internet in their bedrooms or in person in mosques and prisons? What role have multiculturalist policies played in creating divisive and separate cultural identities? Why has the Western democratic way of life failed to inspire so many young people? This salon will also discuss the efficacy of different proposals to counter the threats we face.