Susanne Brauer is an independent philosopher and ethicist who co-owns a company for consulting and research in bioethics, Brauer & Strub. She was a member of the National Advisory Commission on Biomedical Ethics from 2010 to 2012. Moreover, she co-authored a position-paper on Virtue Engineering, published by the Swiss Academies of Art and Sciences in 2012.

“Andy Miah is no ordinary academic. Part futurologist, part philosopher, his work on the science of sport grew to encompass bioethics, medical law and now covers all aspects of the way technology impacts on human beings” The Scotsman.

Timandra Harkness writes and broadcasts on science, technology, motoring, opera and lots more. And she’s currently touring with her new comedy show Brainsex, which she performed - with good reviews - at the Edinburgh Festival.

Rob Lyons is a columnist for *spiked*, the online current-affairs magazine
that takes the attitude that ‘Humanity is underrated’. He writes on a wide range of issues, but takes a particular interest in issues around the environment, food, technology, energy and risk.

Rob’s book, *Panic on a Plate: How society developed an eating disorder*, was published by Societas in October 2011. He is a frequent commentator on TV and radio.

Is technology leaving society and ethics behind? – Denkfest Sunday Debate

Technology and science are moving forward at an extraordinary and increasing pace. Many people fear that this brings with it unplanned and potentially unacceptable risk. They say science is amoral and makes ‘progress’ without regard to the cost and benefits it brings.

Human cloning, for instance, seemingly treats humans as objects to be manipulated. The development of pre-implantation genetic diagnosis and consequent ability to tweak genes to produce so-called designer babies and/or deselect ones of the “wrong” sex sparks visions of Huxley’s nightmarish Brave New World. 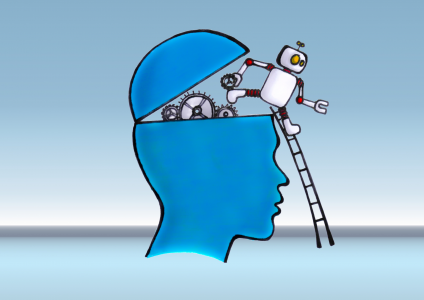 But others say they welcome the merging of man and machine, man and manmade-biology and the transhumanist (post human) world this produces. Others say, hey, but what does this mean morally and ethically? How can we be sure that we are doing the right thing? They say we are being overwhelmed by “unnatural” and dangerous change.

Meanwhile, robots and computers are seemingly set to seize our jobs and perhaps even become sentient. Indeed, in a world of driverless cars, human-free factories and robot-operated international space-stations, machines increasingly look like a match for skilled human ‘knowledge workers’. It is feared that our increased reliance on smart machines, coinciding with increasing income inequality, could potentially have social effects similar to those of the original Industrial Revolution. So much so that Nobel Prize-winning economist Paul Krugman has declared ‘sympathy for the Luddites’.

Does the contemporary debate recognize some of the costs involved in technological and scientific progress, or is it evading some of the underlying economic, moral and social issues? Or has the new scientific and technological revolution been greatly exaggerated by scientists and techno-fans? If not, are we ready for – or are we even aware of – the ethical and social challenges that lie ahead?

The Salon debate will follow two presentations given by Adriano Mannino on moral enhancements and virtue engineering, and Boaz Heller on exponential technical development: what are we to expect from computing power, nano- and biotech.