Hans-Ueli Vogt is a member of both the Swiss National Assembly and the Legal Commission of the National Council. He is also a full professor of law at the University of Zurich. Hans-Ueli recently drafted the "self-determination initiative". This initiative, which will be subject to a referendum, seeks to ensure that the Federal Constitution becomes the ultimate source of law for the Swiss Confederation: putting its constitution above non-obligatory laws such as bilateral agreements with the EU.

Matthias Mahlmann is the Chair of Philosophy and Theory of Law, Legal Sociology and International Public Law at the University of Zurich. He has been visiting professor at the Central European University, Budapest; the Hebrew University, Jerusalem; Georgetown University Law Center, Washington, DC. He also serves as the BOK Visiting International Professor at the University of Pennsylvania Law School 2016/2017. He has been a legal consultant to different public bodies, including the Swiss Federal Government and the European Commission.

Andrea Huber is the initiator and head of the campaign “Schutzfaktor M – Menschenrechte schützen uns“, a coalition of 80 Swiss NGOs that opposes any political attempts to weaken the protection that the European Convention on Human Rights provides to Switzerland. She studied Political Sciences, law and media at the university of Berne. Dedicated to the protection and promotion of human rights, Andrea has been working as co-director for Amnesty International Switzerland and as a consultant and project manager for various organizations. She is also a member of the expert commission of "éducation 21" (Education for Sustainable Development).

Luke Gittos is a solicitor practising criminal law and legal editor for the online magazine spiked. He also convenes the London Legal Salon, a discussion group on the law and politics, and recently set up the City of London Appeals Clinic. He regularly appears in the media to comment on legal and political issues. His first book, Why Rape Culture Is A Dangerous Myth: From Steubenville to Ched Evans, was published in September 2015.

Andrew Wheelhouse is a senior paralegal at Bates Wells Braithwaite LLP. He specialises in media law and has a strong interest in public law. Previously he worked as a foreign law clerk at the Constitutional Court of South Africa. He holds a BA in law from St John’s College, Cambridge and an LLM from University College London. He was called to the Bar of England & Wales in 2013 and is currently cross-qualifying as a solicitor at Bates Wells Braithwaite, one of the leading law firms for work in the charity and not for profit sector.

The European Convention on Human Rights (Convention), which came into force in 1953, was motivated by the desire to prevent the worst abuses of the Second World War and protect citizens of European countries from the threat of Communism. Today, the body that rules on the Convention, the European Court of Human Rights (ECHR), has become an important source of law by determining when national laws, regulations or legal judgments contravene the Convention. 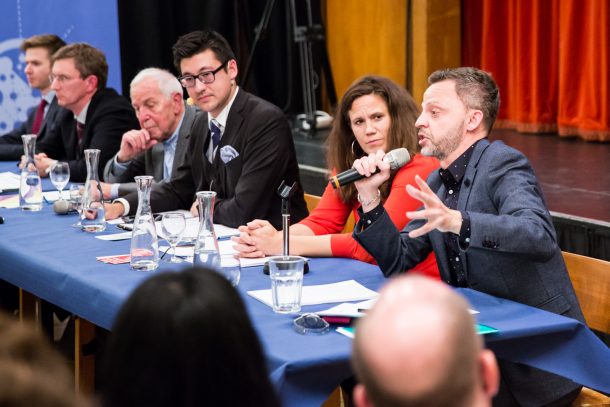 But the way in which the ECHR has defined the Convention ever more broadly – for example, to create protections for minority groups or to include health insurance premiums and welfare reform – has come in for considerable criticism. Are recent judgments enacting the spirit of the Convention by broadening the application of rights to ever more areas and groups? Or has this process of interpretation gone way beyond its original scope to become a means of undermining democracy and the sovereignty of nations? Many would argue that the legislative process is often too slow in protecting rights and point to the dangers of majoritarianism. Others believe bypassing elected institutions and lawmakers is fundamentally undemocratic.

Switzerland intends to hold a national vote on a “self-determination initiative” to decide whether its Federal Constitution should be the ultimate source of law for the Swiss Confederation. The objective of this controversial Federal popular initiative is to put the constitution above non-obligatory international laws and the influence of foreign judges and powers.

Meanwhile, the current Conservative government in the UK has committed to scrapping the Human Rights Act – which incorporated the Convention into UK law – in favour of a British Bill of Rights, which would ‘reverse the mission creep that has meant human rights law being used for more and more purposes, and often with little regard for the rights of wider society’.

What should be the balance between giving freedom to lawmakers and voters to enact anything they want and retaining some ‘fundamental’ rights that may not be breached? Is giving judges such a large say a useful means to protect our rights or does it simply bypass democracy? Indeed, is democracy overrated, as some have suggested? Would we be better to rely on the judgment of experts and supranational bodies that aren’t directly answerable to the electorate? 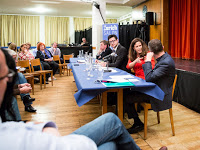